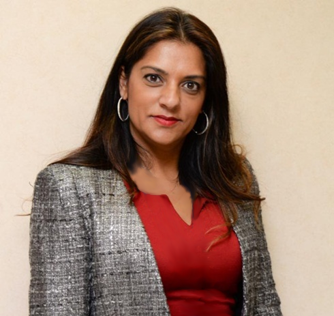 Ay’esha is a senior executive as well as an Attorney in private practise, an executive coach, a certified international mediator and successful Businesswoman.

Ay’esha has a varied background that spans corporate companies and law firms, giving her a unique understanding of the complexities of both worlds. Having started out as a Candidate Attorney at Webber Wentzel as a single mom, she continued in private practise assisting Judge Kruger in his practise after qualifying.  She then moved into corporate and quickly rose up the
ranks in the various multinationals that she worked.

Having been poached from one industry to the next she moved into regional roles at AFROX (Linde gas) as the Senior Legal Counsel for Africa with a dual reporting line into Germany and South Africa.  She then moved into the position of Head of Legal for a large multinational pharmaceutical company with head offices based in Paris. Throughout her time in senior positions, Ay’esha mentored and coached numerous young lawyers and business colleagues from various departments including Sales and Marketing to Management Committee Members --all of whom have bridged the gap between where they were and where they wanted to be ultimately progressing in the organisations they were in.  The coaching method used by Ay’esha allowed them to move to the next level of their career with many now holding Executive Committee positions.

In addition to her many years of business experience, Ay’esha continued to invest in her knowledge by becoming an internally accredited mediator and Executive Coach both of which are internationally recognised. In 2017 Ay’esha returned to Private Practise and continued practising corporate commercial law, as well as coaching and mentoring and offering pro-bono services to women in need.

Ay’esha works with executives and management to bridge the gap to take them to the next level in the organisation, she assists with challenges by enhancing self-awareness and entrenching company culture as well as changing those patterns that go against the company culture. She strives through the coaching session to help individuals reach their maximum potential and develop and or enhance their leadership skills.

She uses the Results coaching (in association with the Neuroscience Leadership Institute) method of coaching which is structured, and goal orientated to ensure her clients reach their maximum potential.

To be a leading, top-tier commecial law firm in Africa, providing innovative, strategic, meaningful and practical solutions to "bet the company" corporate and/or commercial legal matters faced by our clients.

to be a leading, top-tier

This email address is being protected from spambots. You need JavaScript enabled to view it.